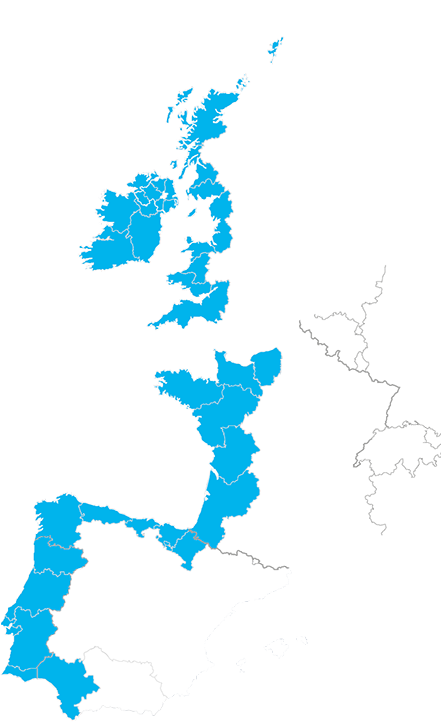 Success of the Atlantic Games of St Nazaire

The 22nd Atlantic Games were organized in Saint-Nazaire from 27th to 31st of August.

The week began with a DAWN - Erasmus plus conference on the history and the potential of development of the Atlantic Games in the presence of representatives of the Atlantic Arc Commission, the Atlantic Cities Network and 180 listeners .

At the end of the Opening Ceremony, nearly 350 participants, members of 15 national, regional or local teams, from Spain, Portugal, France, Ireland but also Germany and Italy, found themselves in the famous maritime city to take part in exciting competitions, in surf life saving, finswimming, open waters swimming, rowing, kayak and sailing.

The young athletes have enthusiastically participated in the events organized by the CROS Pays de la Loire, its regional leagues and clubs, competitions both very contested and filled with conviviality and fairplay. The Surf Life Saving, with 81 participants and 9 teams, was the flagship sport of this edition.

The nautical team Pays de la Loire, present at the forefront in all sports, wins the event with 14 gold medals. It precedes the German national team, dominant in rescue (8 gold medals), and the Portuguese team of Viana do Castelo, second in kayak and rowing (6 gold medals). Following the first three, we find the New Aquitaine (6 medals), the Italian team of Trentino (5 medals), then the teams of Brittany (4 medals) and Cantabria (3 medals).

Very nice boost for this event which, dedicated to young Europeans, competing in water sports, had a slump with two years without games in 2016 and 2017. The Atlantic Games will now be held on a biannual rhythm with, for 2020 and 2022 , several possibilities and applications from organizing sites in Spain, Portugal, Ireland and France.

Organized by the CROS Pays de la Loire, the 2018 Atlantic Games have received an active support from the City of Saint-Nazaire, the Region of Pays de la Loire and the Loire-Atlantique County Council.